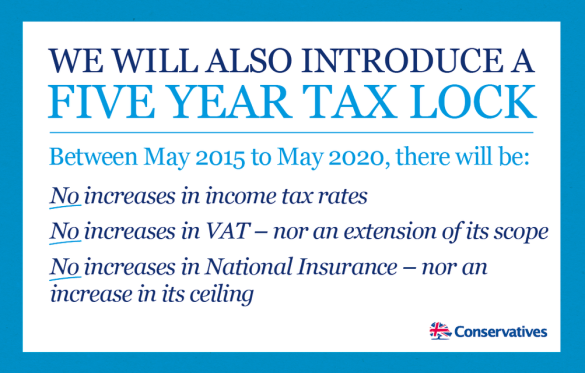 Others have made the argument that to pledge not to change the law signals a breakdown in trust in politics. No one has made it better than George Osborne did in 2009. Here’s him in Hansard:

I’m not sure I could have put it better myself.

Leaving aside the fact that Parliament could perfectly well introduce a Finance Act with a tax rise, and that would crack the ‘lock’ by impliedly repealing the legislation introducing it, what does the ‘lock’ actually mean? I’ve seen a few loopholes in my time so let me tell you.

Assuming the above to be the extent of the ‘lock’ the Tories could, consistently with it, do any one of the following things:

I could go on, and on. But what’s the point: even if you assume the ‘lock’ is adhered to, it’s all but meaningless.

Note: I have amended to add the first bullet point.