Here’s a clip of Guido Fawkes’ exclusive. I’d encourage you to visit the page yourself – he’ll appreciate the advertising revenue. 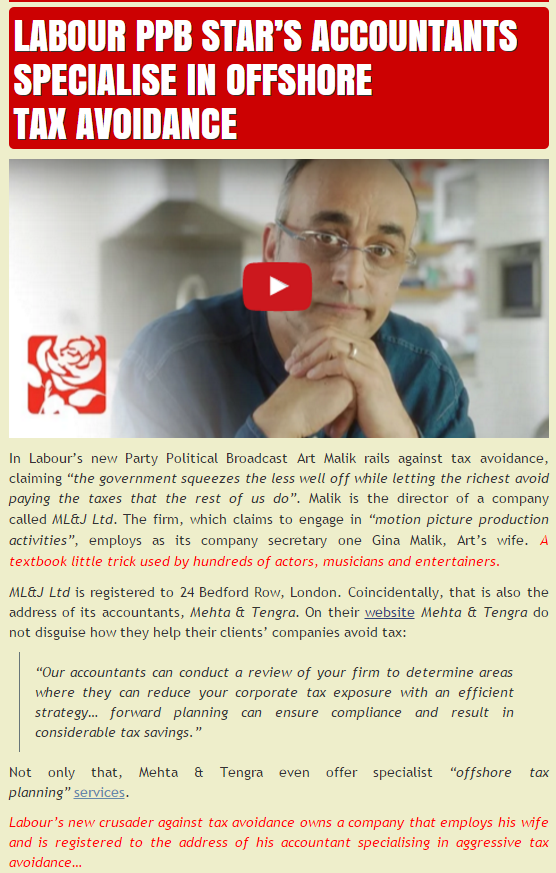 In a nutshell, the ‘story’ is, first, that Art Malik’s company (ML&J Ltd) engages as its company secretary his wife, Gina. And, second, that his accountants offer specialist offshore planning advice.

As to the first, it doesn’t. She resigned almost four years ago.

This was just eleven days after her appointment.

As to the second, it looks as though the Board of the Conservative Party prepares its own accounts. But the Registered Treasurer is Simon Day, who used to work for BDO. And BDO are now also its auditors.

And here, amongst other services, are those offered by BDO, including offshore tax planning. 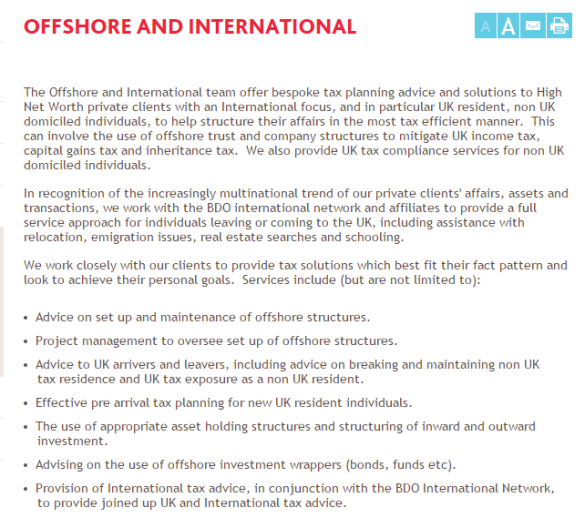 Like it or not, this is pretty standard stuff.

3 thoughts on “A small homage to Guido Fawkes”